5 Reasons Why Correx Is Better Than Cardboard

Our Correx packaging image shows a complete box with a removable Correx division tray for one of our pharmaceutical clients; this is a perfe
70 views0 comments
Jane Dexter

Where Can I Buy Bespoke Printed Boxes In Nottingham : Cushion Print Management

Gear up your marketing to a new level with Cushion Video Brochures.

We have the skills and experience to create customised video in packaging solutions. Luxury video packaging is more engaging than a video on YouTube or a video sent by email. Video brochure technology is now favoured by many blue chip companies. It’s a great way to help connect with customers. Our product will help demonstrate multiple aspects of your product. Unlock further marketing opportunities for your company and never fail to impress. Space to insert product samples or
0 views0 comments 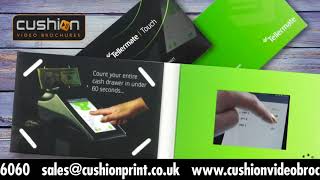 9 Strategies: How You Can Use Video Brochures

9 Strategies: How You Can Use Video Brochures
7 views0 comments 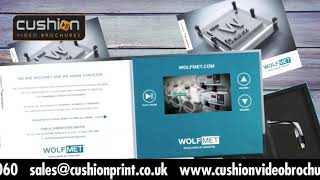 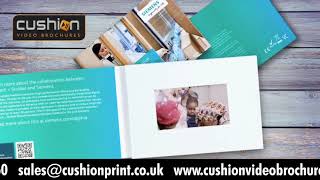 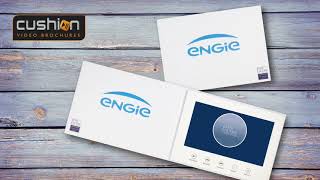 9 Ways How Your Video Brochure Can Work For You

It offers an innovative edge over your competitors
3 views0 comments 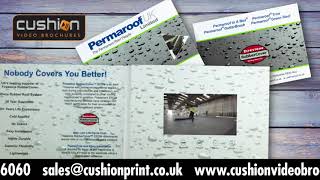 How to take your business to a new level: video brochures

Creating memorable video brochures for a diverse mix of clients; we enjoy the process of making sure that projects are perfect.
3 views0 comments 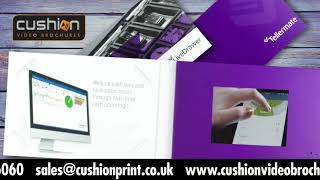 7 Reasons Why Video Brochures Are A Successful Marketing Tool

Visit our website www.cushionvideobrochures.co.uk to find out more. Give us ring on 0115 961 6060 to speak to our friendly team and to reque
4 views0 comments 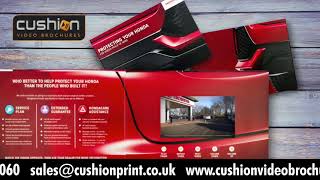 5 reasons why Correx is better than Cardboard...

This is a perfect solution for both low and high volume order quantities. These Correx boxes are cost effective and can be custom made to an
8 views0 comments 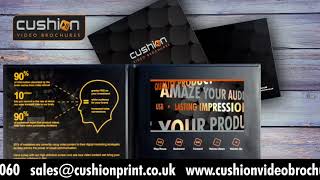 Why Video Brochures Are Better Than Just Print?

Businesses are increasingly investing in Cushion Video Brochures because it works by engaging the audience and creating sales.
0 views0 comments

7 reasons why Video Brochures are a successful marketing tool...

A combined formula of print and video engages your target audience; and increases brand awareness on an audio visual level. 1. Video makes it easier to communicate. 2. Watching a video is easy learning compared to the written word. 3. Video helps us capture the world around us in a visual way. 4. Delivering product information via video grabs attention longer. 5. It demonstrates how to use your product. 6. It creates compelling content. 7. Video is the window to your brand. F
1 view0 comments
Jane Dexter

The Battle of Britain Memorial Flight (BBMF) Lancaster will perform a flyover at the Ladybower Dam in the Peak District’s Derwent valley on Wednesday 16 May at approximately 12.05 pm. In April and May 1943, the reservoir and dam were one of the training locations used by 617 Squadron in the run up to the Dams Raid. The Lancaster will fly over RAF Scampton and then move on to the Derwent valley. It will perform two passes over the dam before going on to fly over Chatsworth Hou
22 views0 comments
Jane Dexter

May the Fourth be with you! What started as pun warmly shared by fans has become a full-fledged Star Wars holiday: Star Wars Day, a special once-a-year celebration of the galaxy far, far away. Once the Internet allowed Star Wars fans around the world to connect with one another, May the 4th soon became a grassroots tradition each year, with fans online and offline proclaiming it “Star Wars Day.” While the idea of May the 4th did not start with Lucasfilm, the film company that
1 view0 comments
Jane Dexter

On 2nd May 1536 Anne Boleyn, Henry VIII second wife, is arrested and taken to the Tower of London. Anne, the daughter of Thomas Boleyn, 1st Earl of Wiltshire and Elizabeth Boleyn, Countess of Wiltshire, was a key figure in the political and religious upheaval that became the start of the English Reformation. Historical Events in the Life of Queen Anne Boleyn 1st June 1533 - Anne Boleyn is crowned Queen of England; Henry broke with the Catholic Church in order for this to take
94 views0 comments
Jane Dexter

Do you have green fingers? Are you good with a hoe? Does your bush need pruning? National Gardening Week is run by the Royal Horticultural Society (RHS) to raise awareness of gardening and horticulture, and to encourage more people to take part in the healthy and productive outdoor activity of gardening. It’s all about helping new gardeners to get growing plants. National Gardening Week events will be held at some of the top RHS gardens, and will enable visitors to explore th
2 views0 comments
Jane Dexter

What better way to celebrate the cuteness of our amazing feathered friends, than by honouring them with their very own awareness day. Observed the world over on 25th April, World Penguin Day recognises one of the unique birds on the planet. There are 17 species of penguins, and all their natural habitats are in the Southern hemisphere. Did you know the Emperor Penguin is the biggest of the 18 penguin species and largest of all birds? There are estimated to be (2017) approxim
3 views0 comments
Jane Dexter